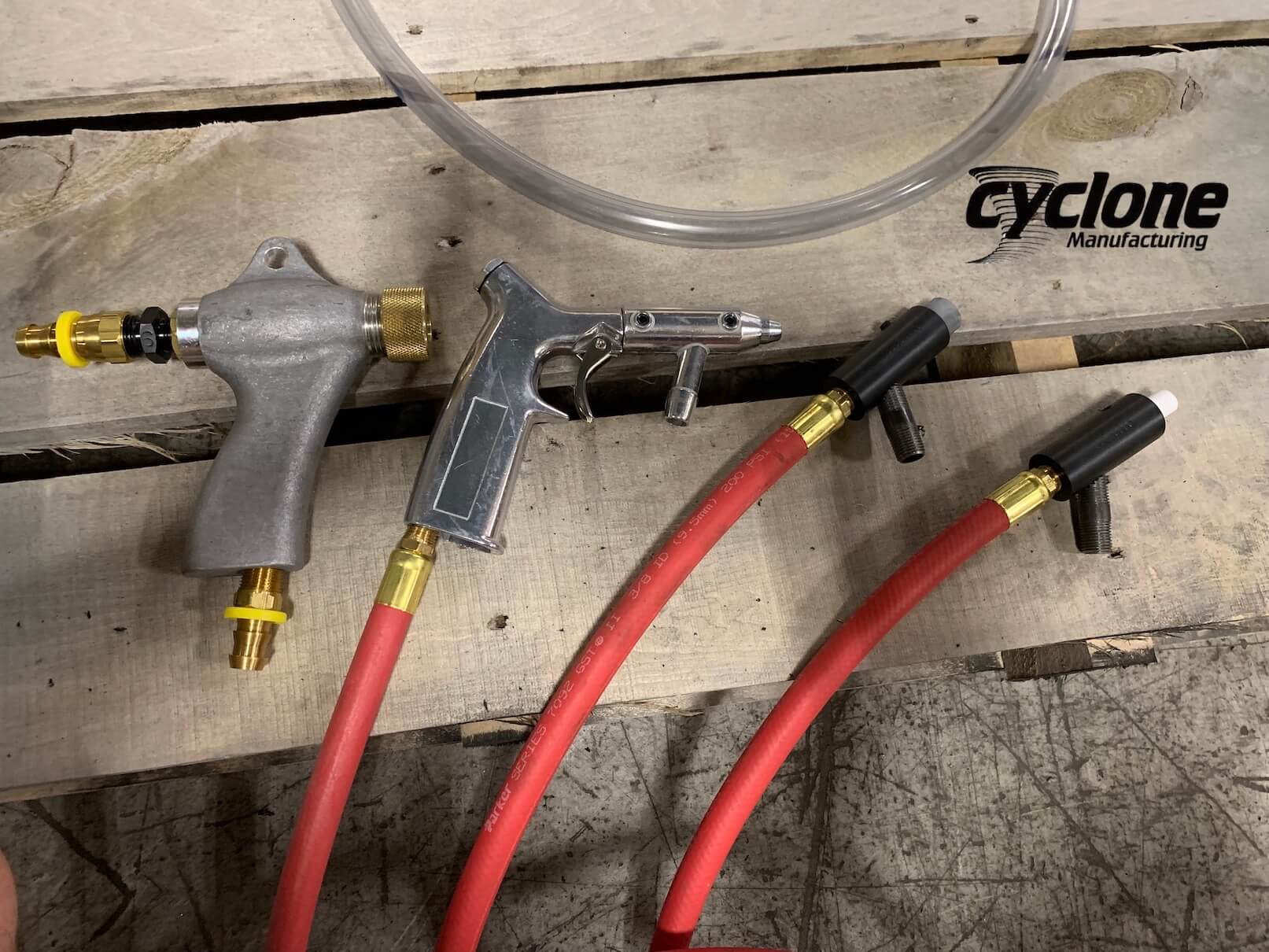 A sandblaster gun is a powerful tool and is used to direct abrasive media at a surface.  Additionally, a sandblaster gun is also known as a blast cabinet gun and also a sandblasting gun.  It’s all the same thing.  The gun itself comes in a variety of shapes and configurations.  Some are controlled at the gun and others by foot pedals or other valves.  In this brief article we will explain what this means for the user and how the sandblasting guns can be used.  First, we will talk about the various types of sandblaster guns.  Thereafter, we will break down the components of the guns.

Sandblaster Guns:  Trigger or No Trigger?

Shown in the picture at the top is a lineup of the most basic sanding guns. As you can see, one has a trigger (2nd from the left), the rest do not. A trigger controlled sandblasting gun is an easy to use option. In a trigger operated gun, the abrasive media flow starts and stops via pulling and releasing the trigger. To clarify what we mean by, “the abrasive media flow”, check out our What is Sandblasting article.

Finally, when it comes to a trigger operated gun, user fatigue can be an issue for some. This reason is because some users sandblast for extended time periods, holding a trigger all day can be tiresome for the person’s hands. As a result a gun operated via foot pedal control may be a better option for certain users.

In this set of pictures you see a variation of how to hold a blast gun.  Certainly, how the user holds the blast cabinet gun is as unique as the user.  Additionally, grip can change even during use to accommodate the part, part placement, and user comfort.  Finally, an individual will find their own grip on the blast gun to suit their own uniqueness.  It becomes an art!

Air enters the gun it draws media up a special tube (pickup tube). The tube connects to the guns on the pipe shown on the first two photos and the bottom barb in the last photo. There is more information available on how the physics of this behavior here.

We understand there is a lot more information associated with sandblasting guns.  Next, as we continue our entries we intend to tackle the nozzles, orifices, and other details too.  Additionally, when you think about getting into a sandblaster cabinet please trust Cyclone with your business.  Most importantly, have 40+ years in this industry and want customers for life, not just a sale.  Finally, we stand behind our equipment and our customer service is always ready to help along the way.  Stay tuned for more coming soon. 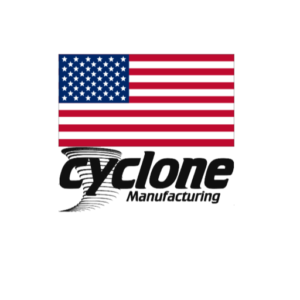